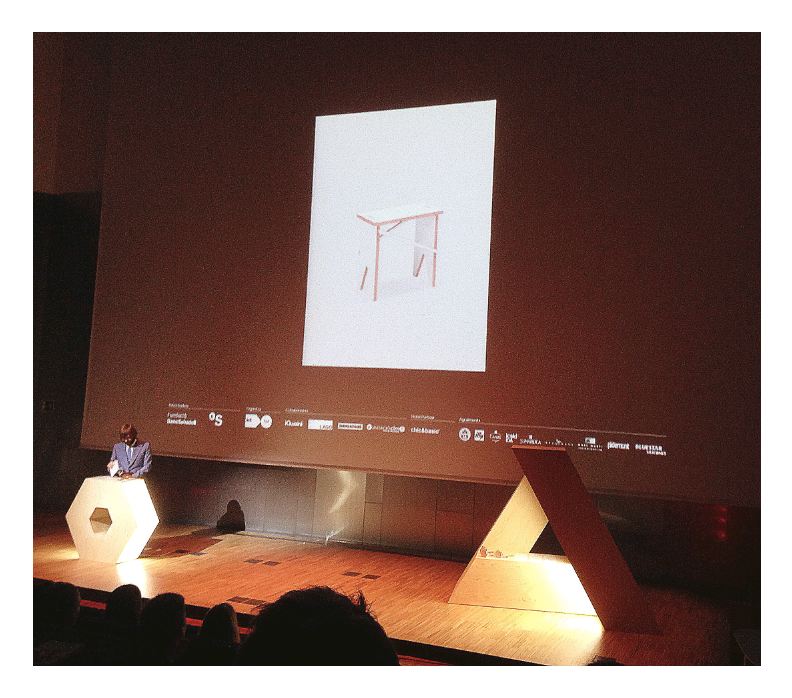 At the ceremony of the Delta ADI awards. Tonburet jr – Finalist 2014 – Designed by Josep Vila Capdevila for Aparentment

“The Delta Awards aim to celebrate excellence in design and emphasize its importance as a prime tool for creating wealth in an industrial economy, as well as highlighting its role as an expression of our culture. Industrial design is the process that shapes the multitude of anonymous objects we live with every day and makes them possible. Behind every one of them are professionals who has worked responsibly, keeping in mind the user, manufacturing processes, applied creativity and competitiveness, and also companies that have invested in design as a strategic value.”